Back to all posts

Almost the end of summer

So much has unfolded in my life! I've graduated from Cosmotology school and have started working at Eclipse- an Aveda Concept salon- in Tarrytown, NY! It turns out there are a lot of stylists that are also musicians so I'm in good company❤️. I really love this new world that I've found. I had no idea I was going to be a stylist and I'm thrilled about it! That is the wondrous thing about life; If you don't like the road you're walking down, like Dolly Parton says, you gotta walk down a different road ( or something like that). Another very cool thing about working a job is that for me, I've always found inspiration while working; Rainy Day ( off of Solo) was written while I was waitressing in Fairfax, CA on an extremely rainy day. Grateful Day (Solo) was written as I was driving to another waitressing job in Marin County, CA- I passed a park that used to be where the Grateful Dead Family stayed, in I think, the early 70's.. It also used to be the home of Native Americans ( much earlier). Let's see, Cupid's Arrow was written at a coffee shop in the early morning hours in San Rafael, CA while I was fueling up to go be the Muffin Girl ( another story)... So, as I was working in the salon today ( my first full weekend) I was feeling musical inspiration coming through and also, the music playing in the salon is pretty good so that helps too.

Last weekend I went to the NY Rennaissance Festival with my son and our friends! It was very fun!
Oh,, and my hair is jewel tones of jade and deep bluish purple mixed with dark brown- kind of like an oil spill! 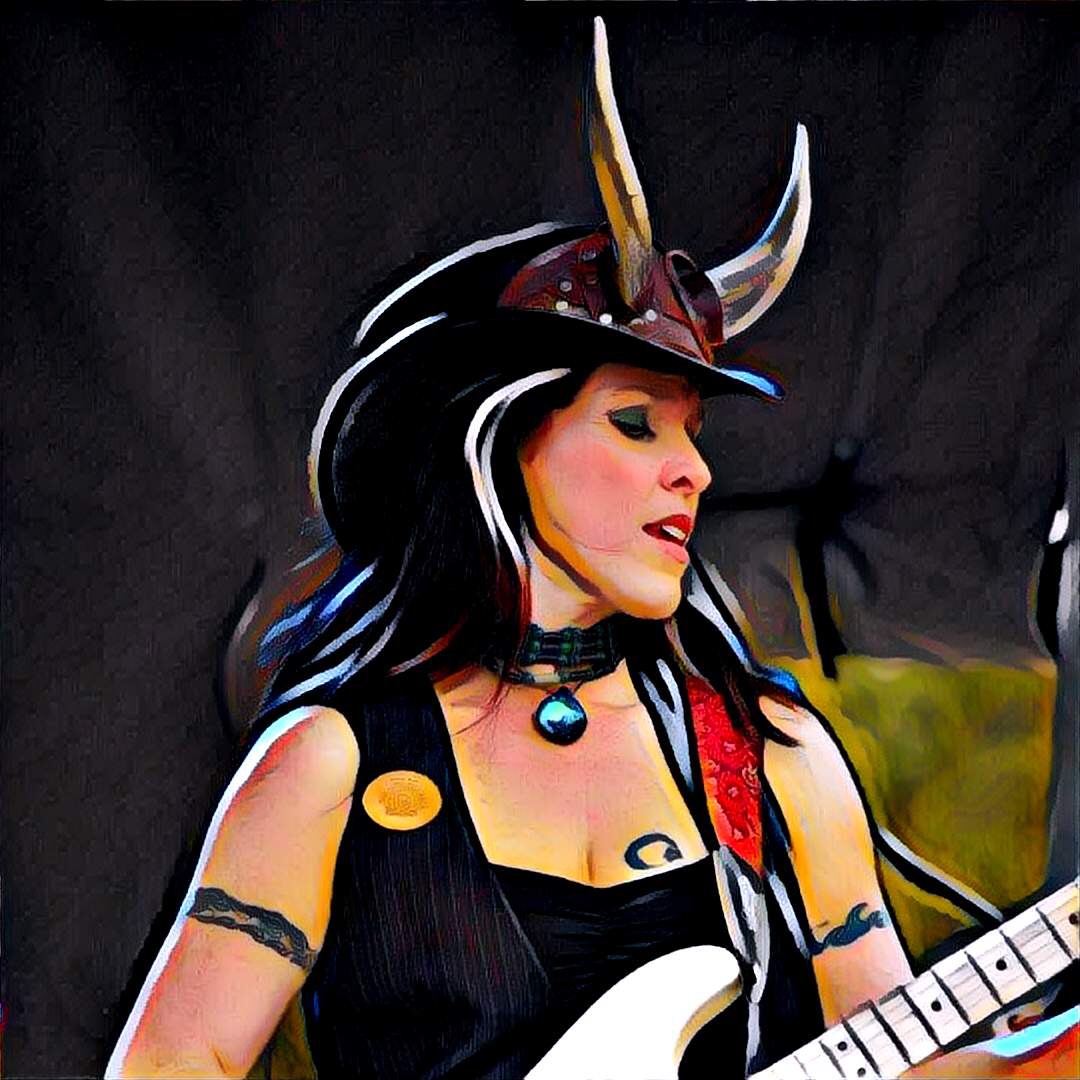